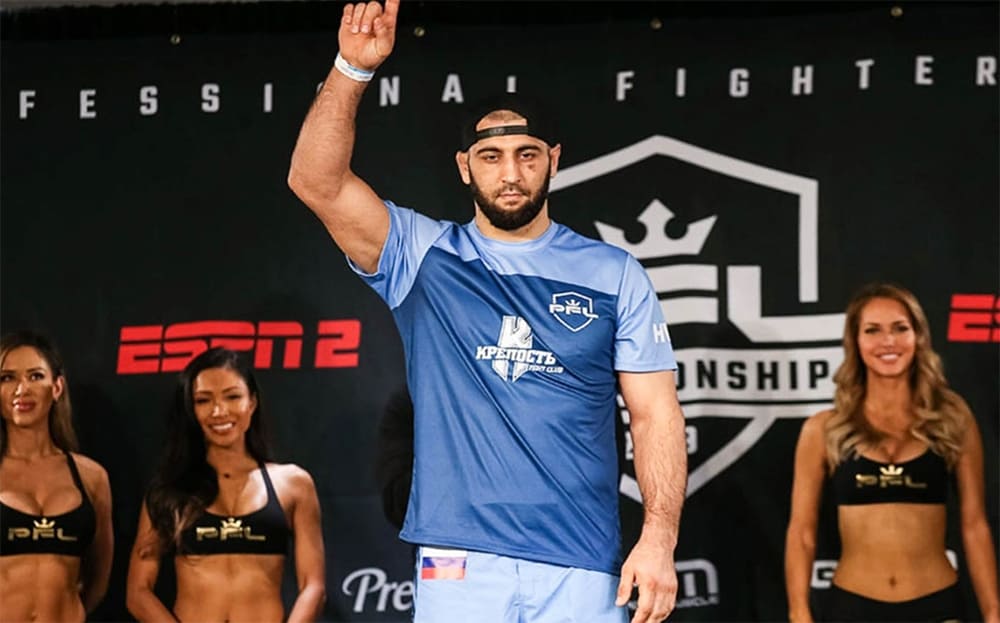 Undefeated Russian heavyweight Ali Isaev, who signed with Bellator last October, will make his debut for the organization on February 4 at Bellator 290 in Inglewood against undefeated American Steve Mowry.

Last August, 30-year-old Steve Mowry refused to continue the fight against Valentin Moldavsky in the first round after the Russian accidentally put his finger in his eye. Prior to that, the American fighter won six early wins in Bellator, five of which he got in the first rounds.

In December 2019, Ali Isaev became the winner of the PFL Heavyweight Grand Prix, finishing with a fourth-round technical knockout of Jared Rosholt in the final match. Together with the championship belt, the Russian received a check for one million dollars.

The year before last, Isaev dropped out of the regular PFL season, not having received a medical clearance to fight against the Brazilian Henan Ferreira.

The 39-year-old Russian heavyweight comes to Bellator with nine professional victories to his credit, four of which he won ahead of schedule.