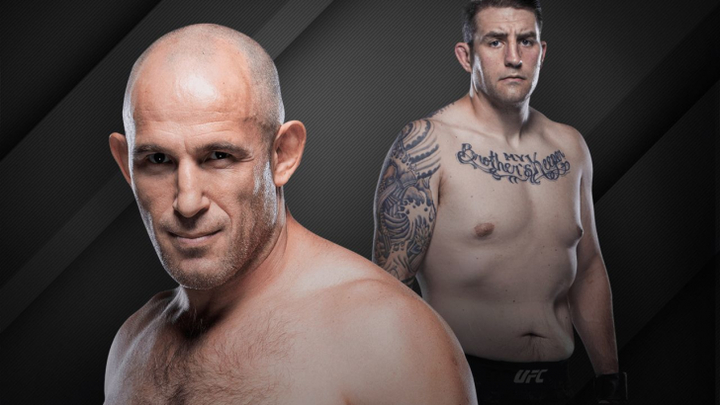 In one of the main fights of the evening, Russian heavyweight veteran Oleinik will face American Dokos, who has just started his career in the UFC.

Oleinik got off to a strong start last year with wins against Maurice Greene and Fabricio Werdum, but in August Derrick Lewis kept him from jumping into the contender pool, finishing with punches in the second round.

Dokos made his UFC debut a week after the Oleinik-Lewis fight, knocking out Parker Porter in the first round on 10 days notice. And in October, a policeman from Philadelphia held the second fight in the octagon and also ended it in his favor with a knockout in the starting five-minute period – Rodrigo Nascimento lasted only 45 seconds.

Oleinik, even at 43, remains one of the most dangerous heavyweight grapplers in the UFC. If in the stalls he is very strong, then in the standing Oleinik does not look expressive, besides, he does not have the strongest jaw.

Dokos is an almost pure drummer. This is a puncher boxer with weak grappling abilities.

Who realizes their advantages, he will win. Dokos will have good chances to “knock out” a fighter from the Russian Federation at the beginning of the fight, and Oleinik will be able to make a submission if the fight goes to the ground. Oleinik has incomparably more experience, we are betting that he will wait for his moment, hold a takedown and perform one of his favorite chokes.

Oleinik’s victory by submission in the 1st round