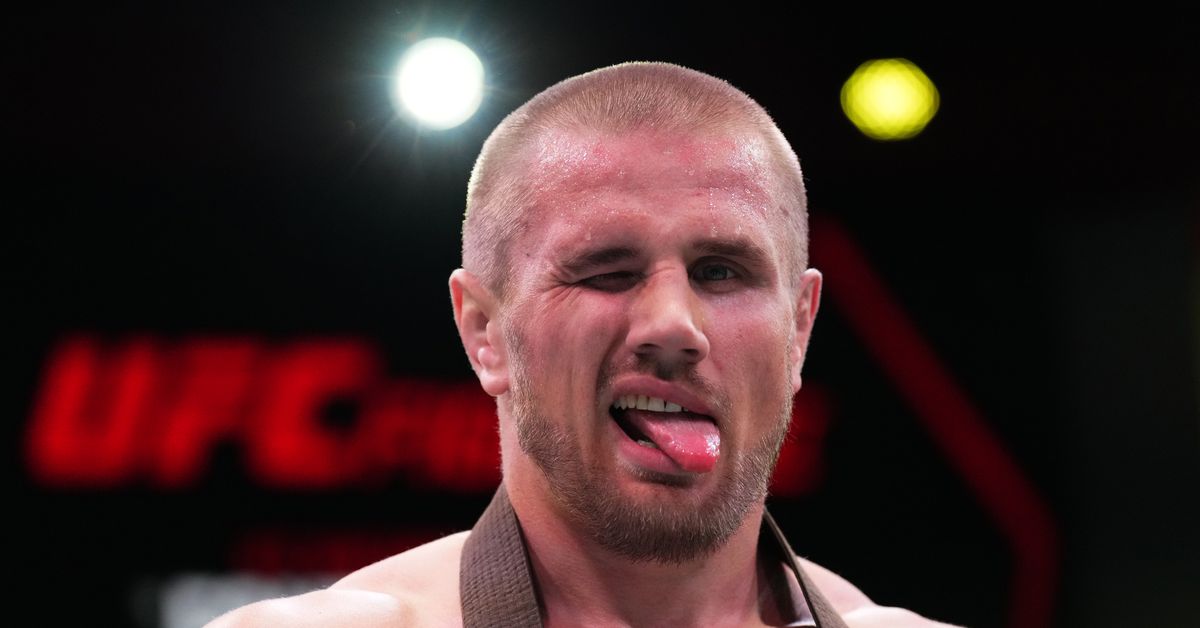 Alexandr Romanov wants nothing but the best when it comes to his future opponents.

The fast-rising heavyweight contender is going to have a hard time finding his next matchup after running through Chase Sherman in a little over two minutes at UFC Vegas 53 on Saturday. Romanov entered the contest as the biggest betting favorite in UFC history.

After the fight Romanov talked to UFC.com, and mentioned that he might be able to fight former light-heavyweight champion Jon Jones down the line.

“I have heard that ‘Mr. Bones’ wants to come back in the game,” Romanov said. “This will be very good because he has very good wrestling too and I think this will be a very interesting performance in the UFC.”

Jones has been widely regarded to be one of the most outstanding fighters in MMA, having successfully defended UFC’s light heavyweight title 11 twice over two reigns. Since beating Dominick Reyes at UFC 247, Jones hasn’t competed and is now working to move up the weight division.

Jon Jones plans to fight Stipe Miocic in September: “I want the heavyweight GOT at his absolute finest ‘

It’s highly unlikely a matchup between Romanov and Jones happens anytime soon, which is fine with the 31-year-old Moldovan, who called for a fight with veteran Augusto Sakai during his post-fight in-cage interview. After that interview, he doubled his callout.

“Now, I have to fight and be a contender for [for] the belt. But before that I would like to fight Sakai. We will then watch [what happens] using the belt .”