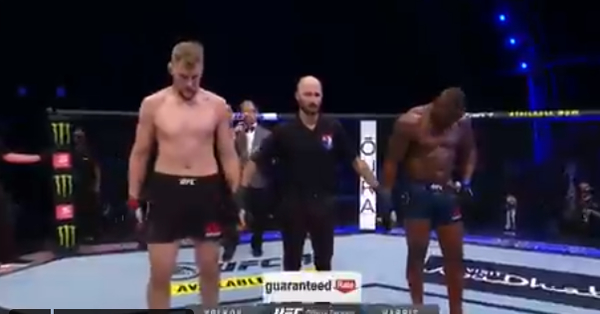 Watch the video of the knockout in the Wolves-Harris fight

UFC 254 is taking place on Fight Island in Abu Dhabi (UAE). In his main card, Russian heavyweight fighter Alexander Volkov met with Walt Harris and knocked out his opponent with a blow to the solar plexus in the second round.