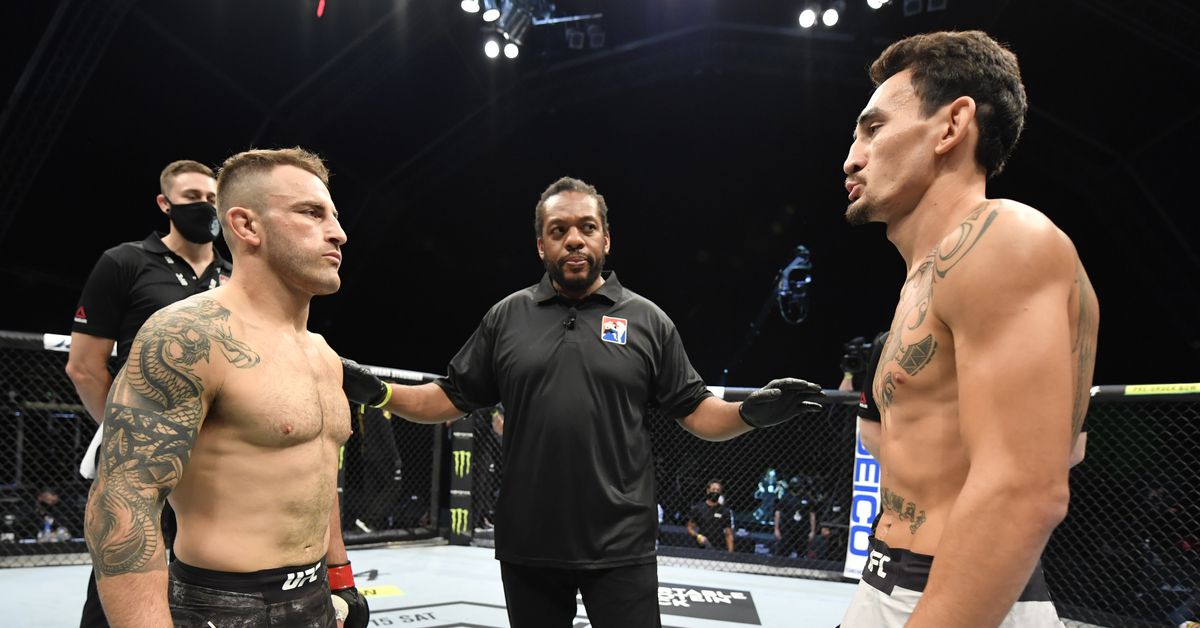 The highly anticipated featherweight championship trilogy fight is in the works for the UFC’s International Fight Week.

Multiple people with knowledge of the promotion’s plans confirmed to MMA Fighting that the UFC is close to finalizing the third meeting between Alexander Volkanovski and Max Holloway for UFC 276, which takes place July 2 at the T-Mobile Arena in Las Vegas. Ariel Helwani first reported the matchup was being targeted for July, with UFC 277 on July 30 serving as a potential option as well. Sources told MMA Fighting on Wednesday night that the options were narrowed down to the July 2 date.

Volkanovski, ranked No. 3 pound-for-pound in MMA Fighting’s Global Rankings, had a memorable showing in his lone 2021 performance with a dominant win over Brian Ortega at UFC 266 this past September for his second title defense. “The Great” began 2022 with a sensational showing against The Korean Zombie at UFC 273 in April, stopping his opponent in the fourth round via TKO.

Holloway, ranked No. 2 in MMA Fighting’s Global Rankings, lost the 145-pound title to Volkanovski at UFC 245 in December 2019. In a closely contested rematch seven months later at UFC 251, Volkanovski retained the title via split decision in the co-main event on Fight Island.

Holloway went on to put on one of the all-time great performances against Calvin Kattar at UFC Fight Island 7 in January 2021, and he was victorious in one of the best fights of this past year when he defeated Yair Rodriguez in the main event of November’s UFC Vegas 42 event.