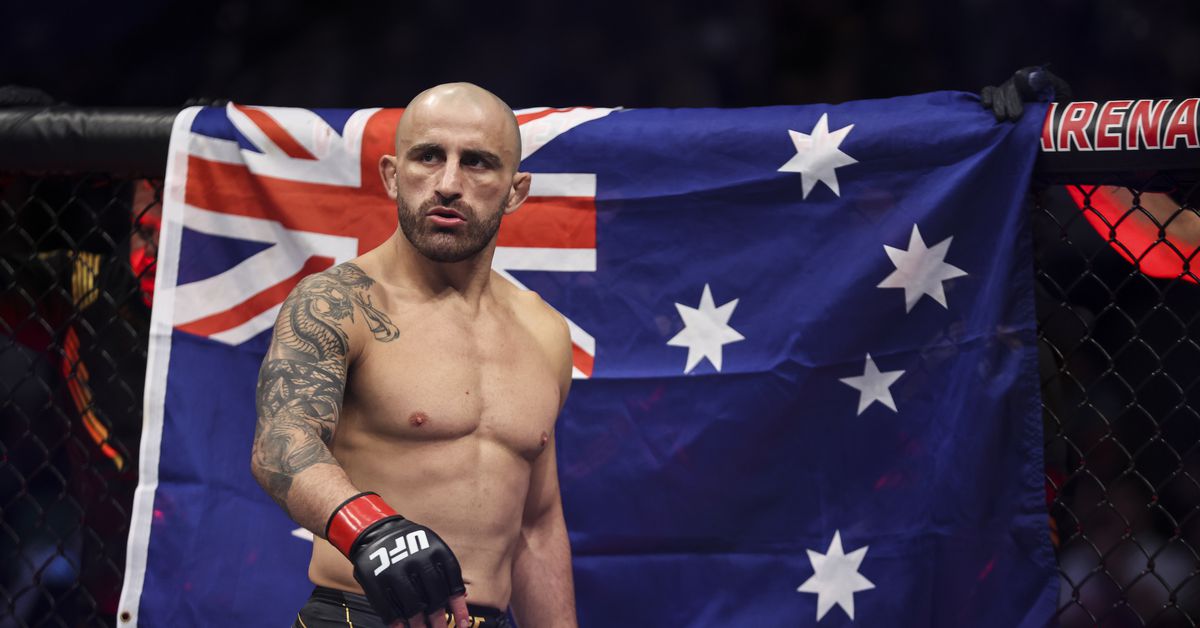 UFC featherweight champion Alexander Volkanovski has twice beaten Max Holloway, the fighter often called the greatest 145-pound talent in the octagon before he came along. A trilogy at UFC 276 could be seen as unnecessary given the score.

It wasn’t long ago that the 33-year-old Aussie balked at another fight with Holloway, despite a controversial set of scorecards handed down in their rematch, a UFC 251 co-headliner where the majority of media outlets declared Holloway the winner.

But after a pair of wins from Holloway, who outpointed top contenders Calvin Kattar and Yair Rodriguez in dominant performances, Volkanovski recognizes his two-time opponent’s worthiness – and the utility in a third win.

“I beat him three times in his prime … how do I not take that GOAT status? This is what’s good about this fight,” Volkanovski said Wednesday on The MMA Hour. “You and everyone are going to say that I’m the GOAT, I’m the pound-for-pound No. 1 – look at what position this one will put me in, because look at what position he’s in and he’s gone on a tear as well with wins himself, so this certainly makes this fight better and only puts me in a better position if I get another win over him right now.

“People can’t say he’s done. That’s all crap. So if they haven’t jumped on board now, they will jump on board.”

Volkanovski has walked a tough road for recognition given the competition at 145 pounds. An indelible impression was left on the division by its first champion, Jose Aldo, and Holloway amassed a 10-fight winning streak – augmented by a win over then-featherweight and current lightweight champ Charles Oliveira – before routing Aldo in back-to-back showings.

Were it not for the judges at UFC 251, Volkanovski might not be hearing the doubters. But so far, he’s been unable to avoid them.

“At the end of the day, I don’t really care what some people think,” he said. “People can say whatever they want. I am 2-0 against him. That’s just fact. At the same time, yeah, it would be good. Doing this would put me in a better position. There’s still going to be people that there are some question marks there … . Alright, I go out there, and they’re all on board.

“Do I care about these people that are probably going to make another excuse – a lot of the haters are still probably going to make an excuse about whatever happens, even if I get another finish. So do I really care about that? No, but in saying that, I still believe there are question marks there for some people, so going out there and putting that to bed, yeah, I reckon it does put a better position. You go out there and do this, because let’s remember, he’s in his prime. I beat him twice in his prime.”

Holloway was originally scheduled to face Volkanovski at UFC 272 before an injury postponed the bout to the summer pay-per-view event on July 2 in Las Vegas. Volkanovski instead faced one-time title challenger Chan Sung Jung and delivered a one-sided drubbing that was stopped in Round 4. Jung is now contemplating retirement.

Volkanovski’s plan is to beat Holloway again and then chase a second title in the lightweight division. As much as he says critics don’t matter, it helps his bottom line to shut them all up by accomplishing bigger tasks.

“You’re talking bigger money, you’re talking everything,” he said. “So at the end of the day, I’d be lying if I said I didn’t want to get everyone on board. We’re talking about having a legacy and looking after my family forever, in doing so you need to do these types of things.”