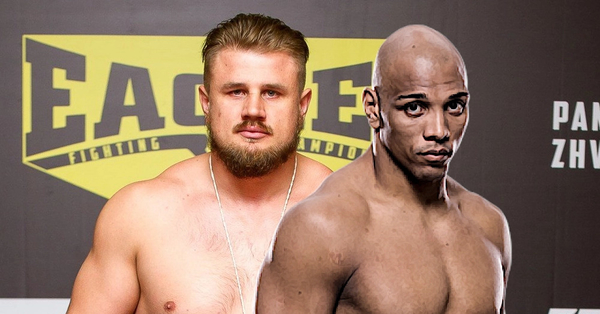 This coming weekend, UFC APEX (Las Vegas, Nevada, USA) will host UFC Fight Night 182, also known as UFC on ESPN+ 40 and UFC Vegas 13. The card will feature performances by several former UFC title contenders, as well as a fight with the participation of the ex-champion of the promotion.

In the preliminary card, a postponed duel of heavyweights between Moldovan Romanov and Brazilian de Lima will take place.

Romanov’s debut in the UFC was canceled three times due to COVID-19. Finally, it took place on September 12, and then Alexander defeated Roque Martinez by choke in the second round without any problems. Although Romanov was originally supposed to fight de Lima a week before, shortly before the fight, Pezau was diagnosed with a coronavirus.

De Lima fought his last fight in February, knocking out Ben Sosoli in a minute and a half, which he closed the submission loss to Stefan Struve the year before.

Romanov is a very strong wrestler. In addition to the fact that his opponents can have great difficulties on the ground, Alexander has very heavy hands – 5 out of 12 wins were won by knockout. De Lima is a versatile fighter, he is good at kickboxing and has a black belt in BJJ.

De Lima, due to his speed and footwork, can outplay Romanov or even knock him out. Romanov, on the other hand, can be realized on the ground by performing a takedown followed by a hold and strikes. Also, Romanov and in the rack can cut down an opponent. We assume that due to the “physics” and the struggle, Romanov will eventually finish the Brazilian on the ground with a finishing move.

Romanov’s victory by technical knockout in the 2nd round