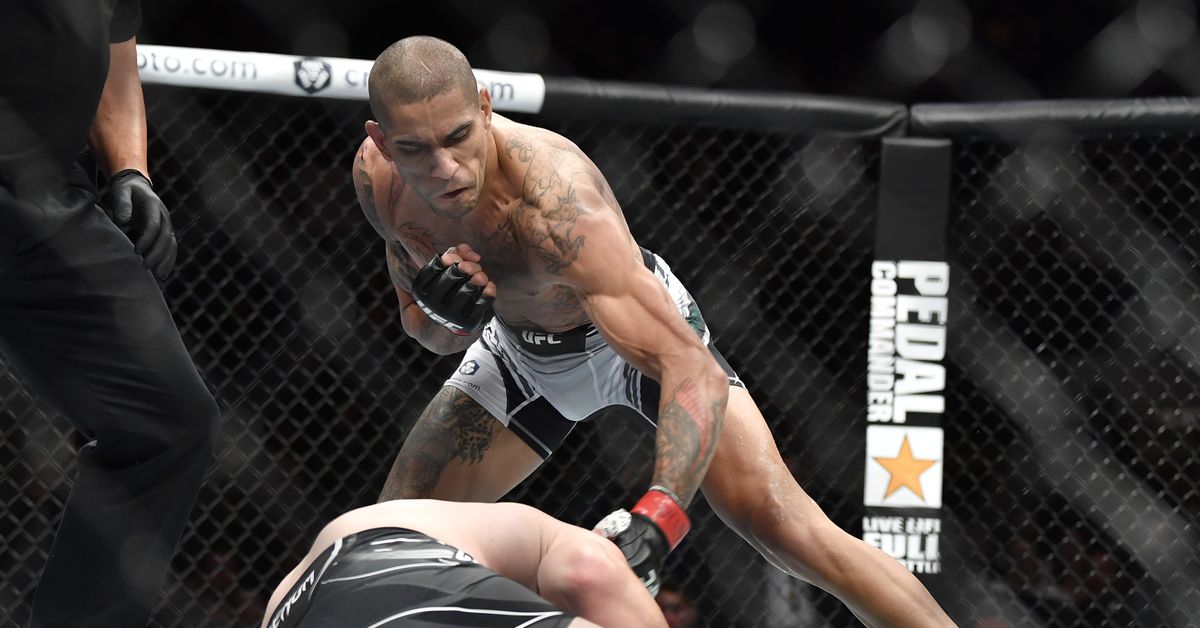 Former two-division GLORY champion Alex Pereira is confident he has the blueprint on how to dethrone UFC middleweight champion Israel Adesanya under MMA rules.

“Poatan” defeated Adesanya twice in kickboxing, winning a 2016 decision in China before landing a left hook for a vicious, memorable knockout the following year in Brazil. Five years later, Pereira is now 1-0 under the UFC umbrella and doesn’t expect Adesanya to volunteer for a third fight anytime soon. In an interview with Stake in February, Adesanya dismissed conversation about the Brazilian as “a bit premature,” while acknowledging a curiosity to see how Pereira performs in the UFC. “I do look forward to that arc in my story,” Adesanya said.

“Man! Have you ever seen me laugh before? Pereira laughed through his chortles. “How does this guy say he’s anxious to fight me? If I were in his shoes and I was crazy to fight someone, anxious, like he’s saying he is … as soon as I heard ‘Alex Pereira has signed with the UFC,’ [I would’ve said] f***, [book it] right away. The respect he has [within the company], I’d say, ‘Ask him if he wants to fight me now. Forget about Robert Whittaker, cancel this fight, reschedule it. It’s my job to make calls. Alex can have it .’

“F ***, Man, that’s exactly what you do if you want to fight [someone].. ‘Oh, I can’t wait to fight Alex, but I’ll fight him [after] 15 fights.’ F***, How is he anxious to do it? What does he want? Look, I’ll tell you this — it’s harder for me to get to him than beating him. He knows that. He knows how I beat him. I fought him twice. He won’t admit how difficult I am. He’s not anxious to fight me. He wants me to slip tomorrow so he can say, ‘Is this the guy you want me to fight? Are you crazy? You are crazy.

“Someone who is crazy about a fight will tell you, “I want him. I want to show that I am better than him.” Pereira added. He’s fooling his fans. People should pressure him. The least he could do is say, ‘F*ck, I’ll show my fans that I’m the best and that’s why they follow me,’ but that’s not what he’s doing. He’s scared s***. Like Glover [Teixeira] says, he’s scared s***.”

Adesanya is expected to defend his 185-pound belt against Jared Cannonier next at a yet-to-be-determined date, while Pereira is set to face fellow Brazilian striker Bruno Silva this Saturday at UFC Vegas 50.

“Poatan” isn’t counting on receiving an immediate shot at Adesanya if he wins at UFC Vegas 50. He knows that his presence at the UFC is a problem for the champion.

“Adesanya believed he wouldn’t see me again, and was happy,” Pereira stated. He was [with Whittaker] watching and my reaction was [predicting what he would do] to his movements. You know what? He is I’m a wizened .