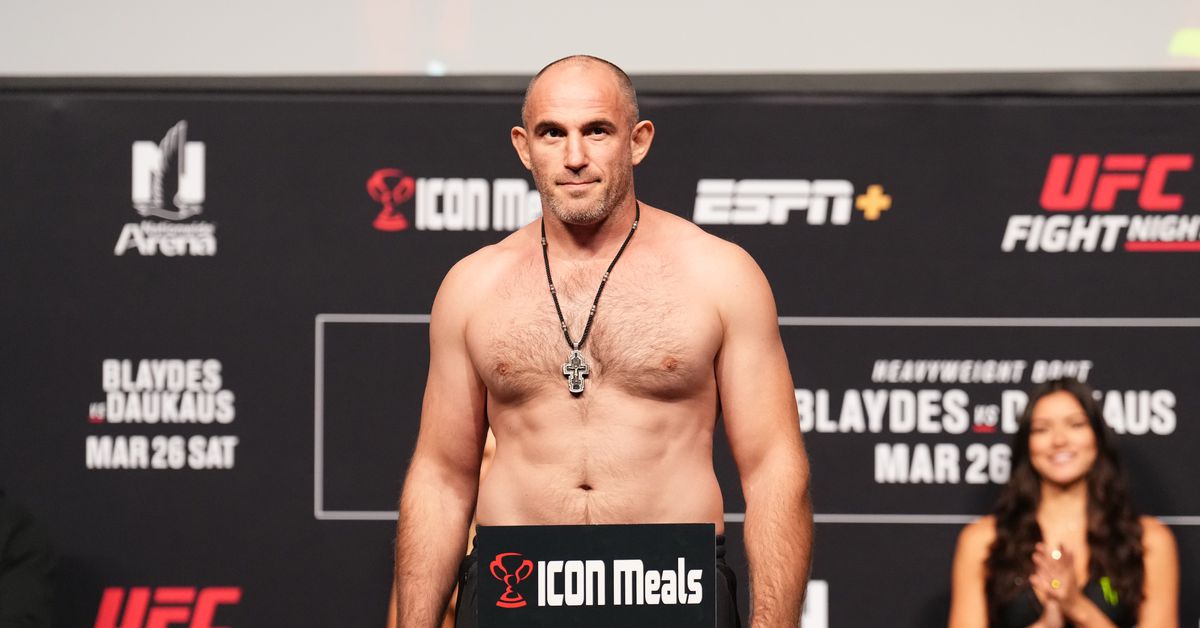 Aleksei Oleinik’s next booking has changed again, but he still has a fight at UFC 273.

The heavyweight veteran will now face Jared Vanderaa (12-7) at the April 9 pay-per-view event, which takes place at VyStar Veterans Memorial Arena in Jacksonville, Fla., according to the updated lineup on UFC.com. Vanderaa replaces Ilir Latifi, who was originally scheduled to fight Oleinik this past Saturday at UFC Columbus before the fight was postponed due to a Latifi illness. No reason was given for the UFC 273 change.

Well this is happening #ufc273 pic.twitter.com/dRJRlNWoyF

Oleinik (59-16-1) seeks the 60th win of his pro MMA career, which he has been chasing since a split decision win over former UFC champion Fabricio Werdum at UFC 249 in May 2020. He has lost his past three fights to Sergey Spivak, Chris Daukaus, and Derrick Lewis.

Vanderaa makes his second appearance of 2022 after dropping a split decision to Andrei Arlovski at UFC 271 in February. The Contender Series signing has lost two straight and his UFC record sits at 1-3.

The bout is expected to take place on the main card, which is headlined by Alexander Volkanovski defending the UFC featherweight title against “The Korean Zombie” Chan Sung Jung. In the co-main event, bantamweight champion Aljamain Sterling fights interim champion Petr Yan in a rematch of their UFC 259 encounter last March that saw Sterling take a title from Yan via disqualification.