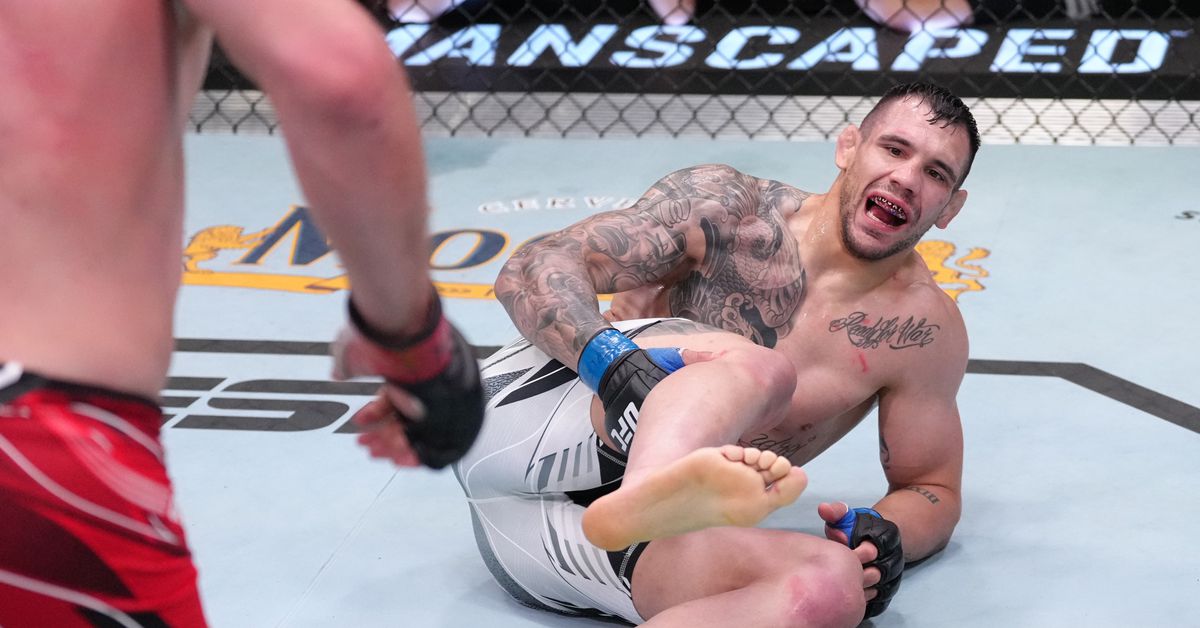 Aleksandar Rakic suffered a torn ACL in his right knee as a result of a freak injury that occurred in his main event fight with Jan Blachowicz at UFC Vegas 54.

Rakic underwent an MRI on Monday that revealed the damage done to his knee, which will require surgery. Typical recovery time from an torn ACL is usually between six months to one year depending on rehabilitation.

This is the first ACL surgery Rakic has undergone on his right knee but he’s actually had two similar procedures on his left knee previously.

News of Rakic’s diagnosis was first reported by Ariel Helwani on Monday.

It’s unfortunate but not unexpected news for Rakic, who suffered the injury in the middle of the third round in his fight with Blachowicz this past Saturday night.

The end came as Rakic stepped backwards, landing awkwardly on his right leg and his knee buckled underneath him. Rakic fell down to the canvas in agonizing pain as the referee swooped in to stop the contest with Blachowicz being declared the winner by TKO.

On Monday, Rakic posted a message on Instagram where he addressed the injury along with his hopes to run it back with Blachowicz once he’s healthy again.

“One thing I promise you, I will be back better than ever!” Rakic wrote. “This is not over yet. Unfinished business. Rematch! I waited for you to heal. Now you wait for me to heal. Let’s run it back!.”

The loss was just the second that Rakic has suffered since joining the UFC roster with his other defeat coming in a razor-close decision to one-time title contender Volkan Oezdemir.

Rakic is currently traveling back to his native Austria where he will schedule surgery, which will then give him a more definitive timeline about his return to the UFC next year.

Guilherme Cruz contributed to this report