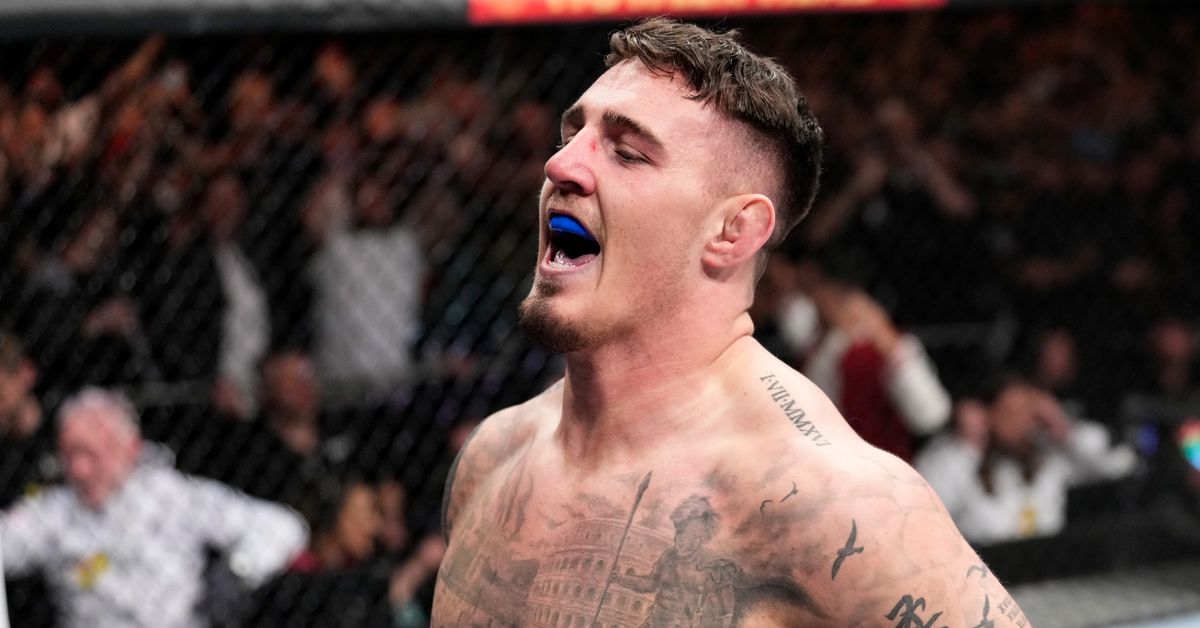 Tom Aspinall graduated from prospect to contender with his win in the UFC London main event.

In his first headliner inside the octagon, the 28-year-old Brit showed off his grappling prowess by taking Alexander Volkov down twice before pulling off a rare straight armlock submission to get the tap at 3:45 in the opening round. The finish moved Aspinall to 12-2 in his career but more importantly pushed his UFC record to a perfect 5-0 with all of his victories coming by way of knockout or submission.

” I have been telling everyone all week that I was born to do this,” Aspinall stated. “The secret is self-belief. I believe in myself. Because of everyone around me .”

Aspinall set the tone by grabbing a takedown and putting Volkov to the floor. He then pressed Volkov against the cage, before unleashing an array of punches. The powerful shots were tagging Volkov including one shot that opened a cut on top of the Russian’s head that immediately started gushing blood.

Volkov didn’t give into the barrage before eventually getting back to his feet where he delivered a couple of stinging straight right hands that definitely caught Aspinall’s attention.

It was short lived success for the Russian because Aspinall quickly moved forward for another well-timed takedown that put the fight back onto the canvas again.

This time Aspinall had no intention of allowing Volkov to get back up again as he quickly moved into side control and grabbing onto his opponent’s arm to set up the submission.

With his weight pressing down into Volkov’s chest, Aspinall extended the arm and put maximum pressure on the elbow, which led to the tap just a second later.

Considering he had the weight of the world on his shoulders while fighting in his home country, Aspinall certainly lived up to the moment while becoming just the second fighter to finish Volkov in the UFC (the first was Derrick Lewis in 2018).

Aspinall now plans to hunt bigger games with an Australian knockout fighter as his next opponent.