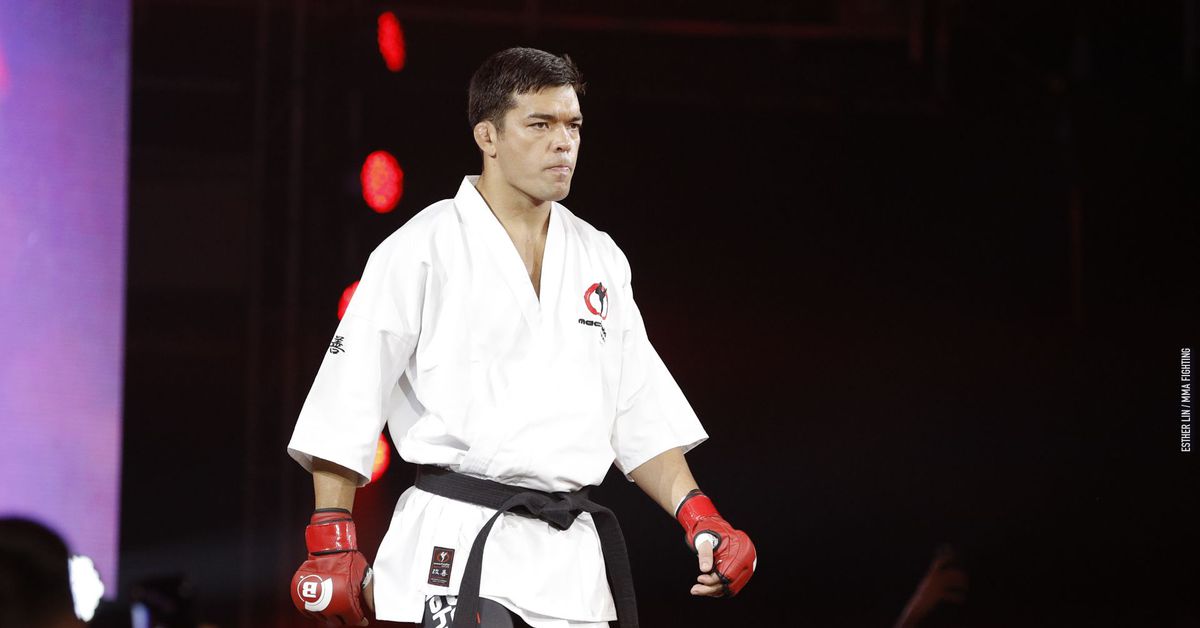 Lyoto Machida will become a MMA free agent after his upcoming Bellator bout with Fabian Edwards in London on May 13, and might change sports going forward.

The man who changed MMA concepts by bringing his karate and became UFC light-heavyweight champion. He said it on a recent episode Trocacao Franka that he is open to returning to karate if a great offer comes in.

“The Dragon” said he has been approached about competing in submission in the past, but turned it down since it wasn’t levelled up. Although he would consider facing a fellow MMA superstar, he didn’t want to be thrown at the wolves in order to wrestle top black belts such as Craig Jones and Gordon Ryan.

But, when we’re talking about karate matches it’s quite another game.

“The action doesn’t stop at Karate Combat, so that favours me,” Machida said. With that being said, I do not care about who is on the opposite side. It’s an art that I control, where there’s more contact and the action never stops. It doesn’t matter if the guy will touch my face because I’ll fire back, too. It’s like MMA, just a bit more restrict in terms of rules.”

Karate Combat President Adam Kovacs stated on Monday’s The MMA Hour , that they would meet with Machida to talk about signing him up for matches once his Bellator contract is over. Machida stated on Trocacao Franca that he had been offered a contract with Bellator, but decided to try free agency.

Machida does not think that refusing such an idea implies GSP is afraid of him. However, it may not make business sense for the Canadian star in karate to join the world to compete.

What about UFC Welterweight Stephen Thompson?

“Then it’s different,” Machida said. Stephen Thompson is more active than he used to be, and that’s what he likes. We’ll see how Karate Combat develops in the future. But first, I must fight my fight at Bellator .”