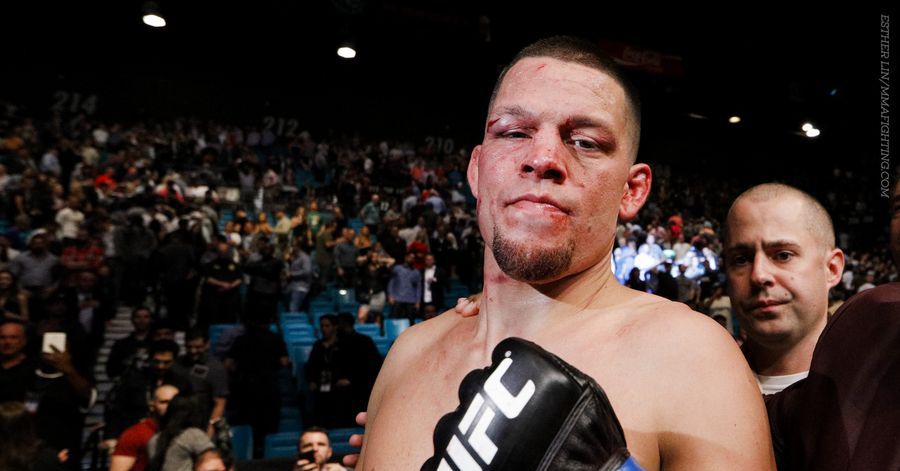 Nate Diaz wants Conor McGregor to earn another fight with him.

A trilogy bout between Diaz and McGregor has been discussed ever since their dramatic rematch at UFC 202 in August 2016 ended with McGregor earning a majority decision over his rival. Diaz won their first fight by second-round submission and a third meeting to settle the score would be a guaranteed box office success.

However, Diaz is currently in talks to fight former interim lightweight champion Dustin Poirier, while McGregor has been sidelined since injuring his leg in a fight against Poirier last July. Interview with TMZ UFC President Dana White. He stated that while the wheels are in motion for Diaz against Poirier, he sees Diaz and McGregor crossing paths inside the Octagon again one day.

“We’re still working on [Diaz vs. Poirier], that fight’s not done yet,” White said. “But yeah, I wouldn’t count out Conor-Nate 3.”

” I’d be surprised if this fight didn’t take place again,” he said.

Diaz caught wind of White’s comments and issued a response via Twitter, writing, “Conor’s gonna have to get him some wins and prove he’s not so fragile first.”

Since their second fight, McGregor has gone just 2-3 in the UFC and is coming off of consecutive losses to Poirier. Diaz has fought three times during that same stretch and is also coming off of back-to-back losses.

No definitive timetable has been given for McGregor’s return, though the former two-division champion has hinted that he could return this year to face UFC champion Charles Oliveira, who is set to defend his title against Justin Gaethje at UFC 274 in May.

McGregor stated that he would be starting sparring in April, and will return by the summer. However White made a conservative prediction about McGregor’s next fight.

“He is eager to return,” White said to TMZ. “Realistically, when you look at everything that he’s got going on right now with coming back and other things that need to be done to get ready to prepare again, it’s probably early fall.”