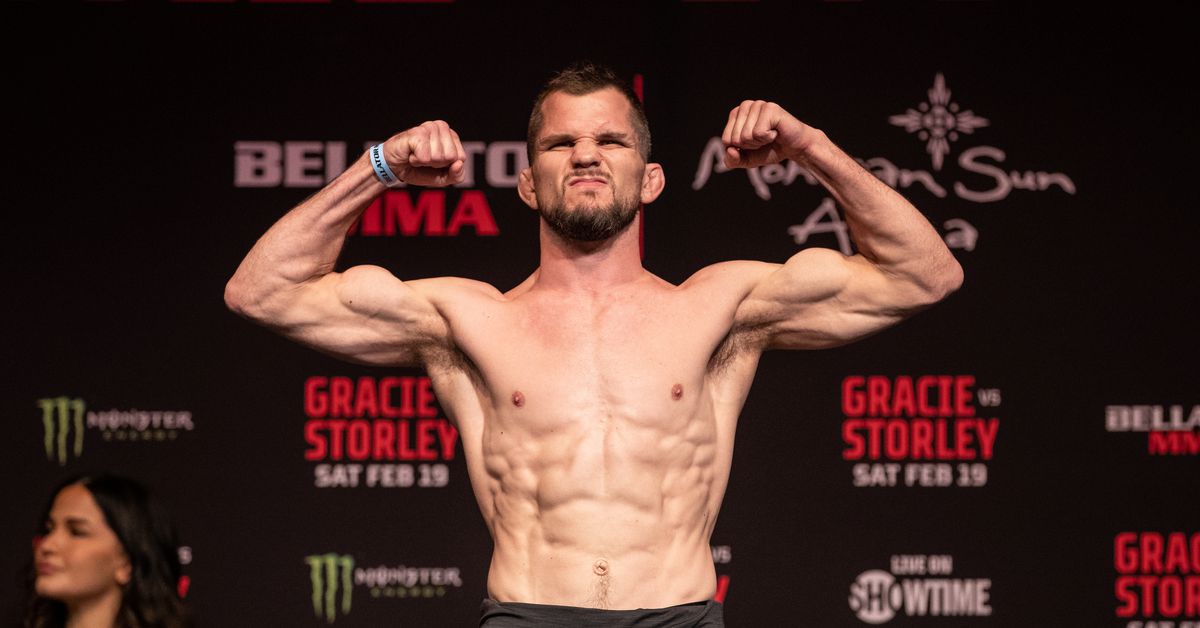 Piccolotti’s team helps him into the sauna. Piccolotti then vomits out yellow liquid onto a towel, then struggles to get to his bottom and reenter the sauna.

Mazzulli said that he has not had a chance to speak with Piccolotti, but it has been ruled by the commission that Piccolotti will be suspended for six months and fined $2,500. Piccolotti’s cornermen also saw their licenses for cornermen suspended. Piccolotti’s unanimous decision win over Georgi Karakhanyan will stand.

“Much more needs to be done in order to discourage extreme weight loss,” Mazzulli stated. After watching that video, it shocked me that someone would lose so much weight .”

“It is a tragic commentary that fighters would go that far to lose weight, and consider it a badge-of-honor to do so,” he said. I thought that we had made a lot of progress since 2002, and now we don’t allow IV rehydration or rubber suits. But we have still got fighters who do what he did .”

Mazzulli claims that he spoke to Bellator officials, who agreed with the decision of the commission to sanction Piccolotti’s team.

Picolotti will also be asked to fight his next bout at 160 pounds. He will require clearance and a full report from a nephrologist (kidney specialist) as well as an EKG and he will have to undergo a new physical before he is permitted to fight again.

Mazzulli explained that he is particularly frustrated that a veteran like Piccolotti (13-4) would proudly share the video without thinking of the example that it sets for other fighters.

“My biggest problem is what is he showing the amateur fighter that looks up to him as an elite fighter,” Mazzulli said. “It’s not OK. It’s no longer OK. It’s unacceptable. It would have been impossible for me to know it had he not posted it. Which is sad because he fought at Mohegan, it’s my duty to do something.”

“He doesn’t understand the ramification of what could happen in the future. Renal failure, kidney failure… These fighters need to be reminded .”

to take care of their health.