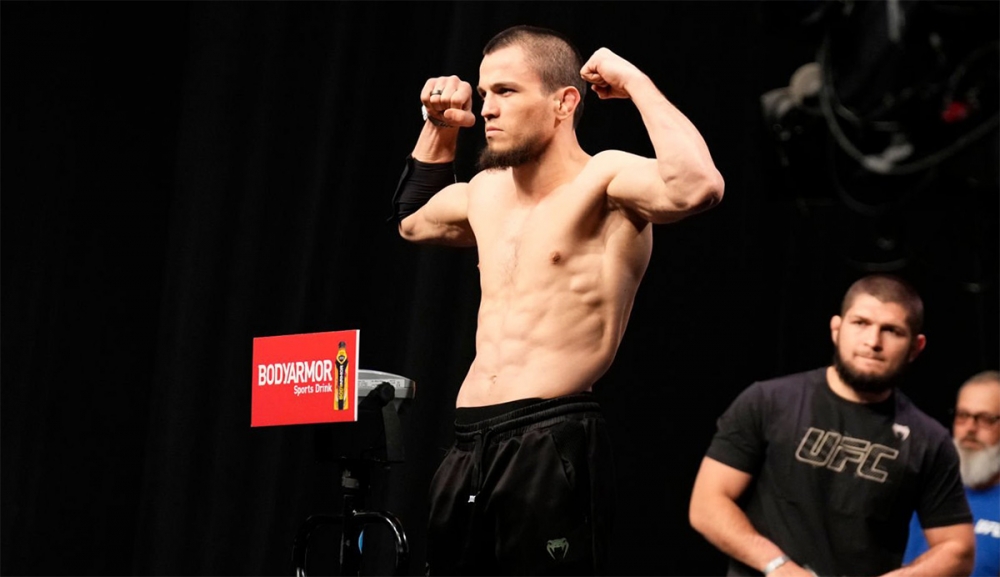 Russian fighter Umar Nurmagomedov will return to the octagon on June 25 at UFC Fight Night in Las Vegas, and American Nate Maniss will become his opponent.

The organization of the bantamweight bout was reported by informed sources close to the situation.

Umar Nurmagomedov, 26, is undefeated and leads an impressive 14 win streak, two of which he won under the UFC banner, finishing by TKO of Sergei Morozov and rear naked choke of Brian Kelleher.

Nate Mannis, 30, is also undefeated in the UFC, where he won three victories, knocking out Tony Gravely in the last fight.