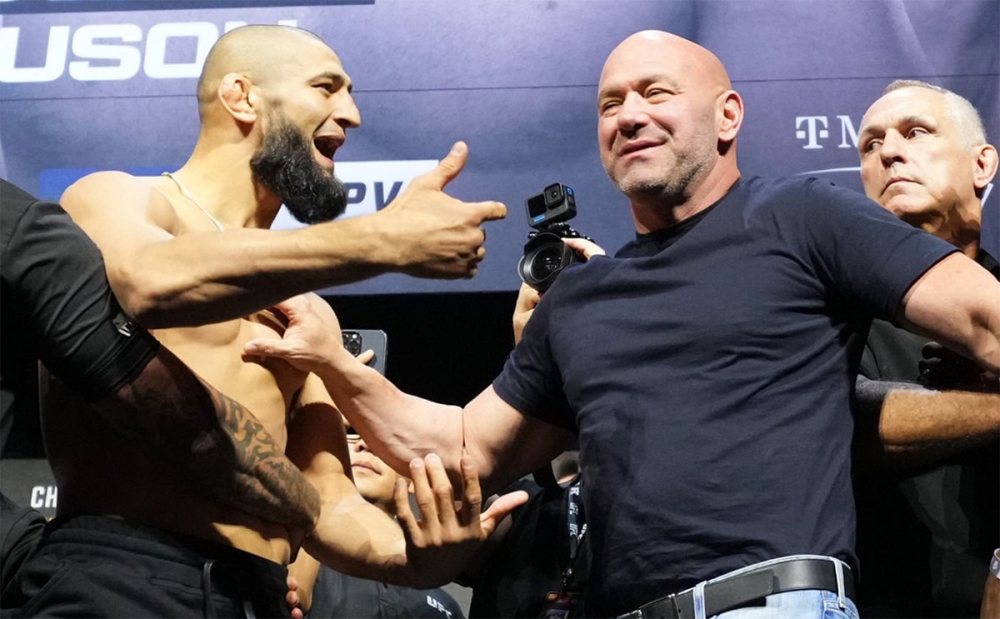 UFC President, Dana White, answered the question of what weight category Khamzat Chimaev will compete in after the failure of the weight race for the UFC 279 tournament.

“Today we had a meeting with matchmakers and we discussed the future prospects of Khamzat and how good this guy is,” the head of the organization said at a press conference in Las Vegas. “The way he destroyed Kevin Holland in the last fight, no one expected this”

“In terms of weight class, there is a big debate among matchmakers about whether he will compete in welterweight or middleweight. Can he make 170 pounds, should we take the risk and fight him again at 170 pounds – these are questions that are now being discussed.

Recall that Khamzat Chimaev did not cope with the weight race for the UFC 279 tournament, having exceeded the welterweight division limit by three and a half kilograms, and instead of Nate Diaz, he got Kevin Holland as rivals, who finished by choke already in the first round.

After the event, the Borza coach said that in the next fight his ward would rise to middleweight, and later the Chechen fighter personally confirmed this information.