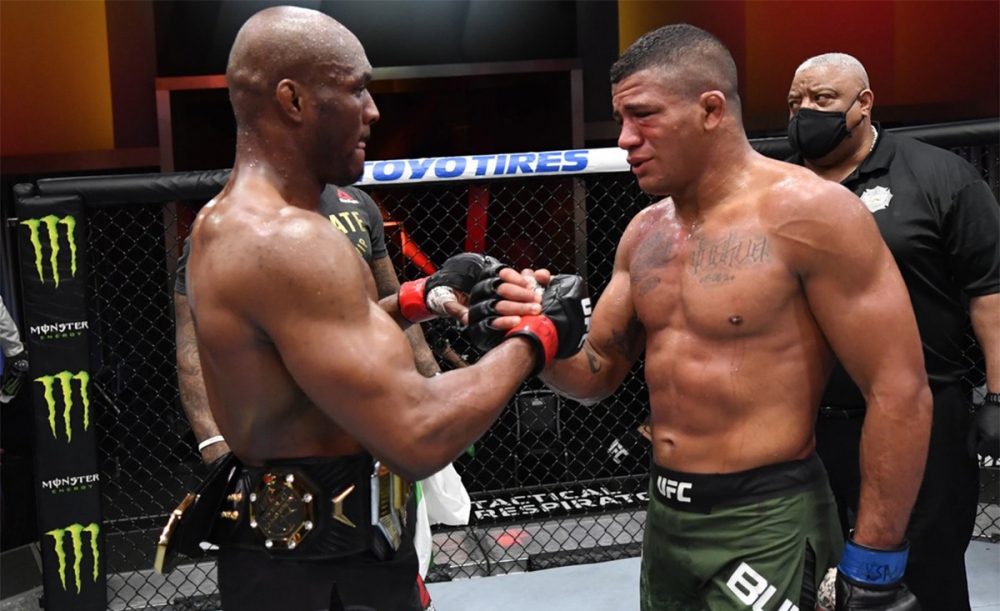 After leaving Sanford MMA ahead of his title defense against Gilbert Burns, reigning UFC welterweight champion Kamaru Usman returned to the team for a few days to help his former sparring partner prepare for the fight against Khamzat Chimaev.

The Brazilian fighter spoke about this in an interview with TMZ Sports.

“Usman came over for a few days to help me,” Burns said. “He helped me, but did not train, taking on the role of coach. He has a very high fighting IQ and gave good advice. It’s good to have him around.”

Burns, who lost to Usman last February by TKO in the third round, claims that he has come to terms with this defeat, but has not given up on the idea of ​​​​becoming a UFC champion.

“It’s like the story of Rocky Balboa and Apollo Creed – Apollo beat Rocky and then came to help him, it was very similar. To be honest, I’ve come to terms with that defeat. The guy beat me, but I still want to be a champion. My goal is not Kamaru, my goal is the title – I want to be a champion, I want to be the best. I have no enmity towards him, nothing personal, and no resentment.”

Recall that the welterweight fight between Gilbert Burns and Khamzat Chimaev will take place on April 9 at UFC 273 in Jacksonville.

Usyk’s manager: “We’re not flying to London to watch Fury-Chisora ​​3”