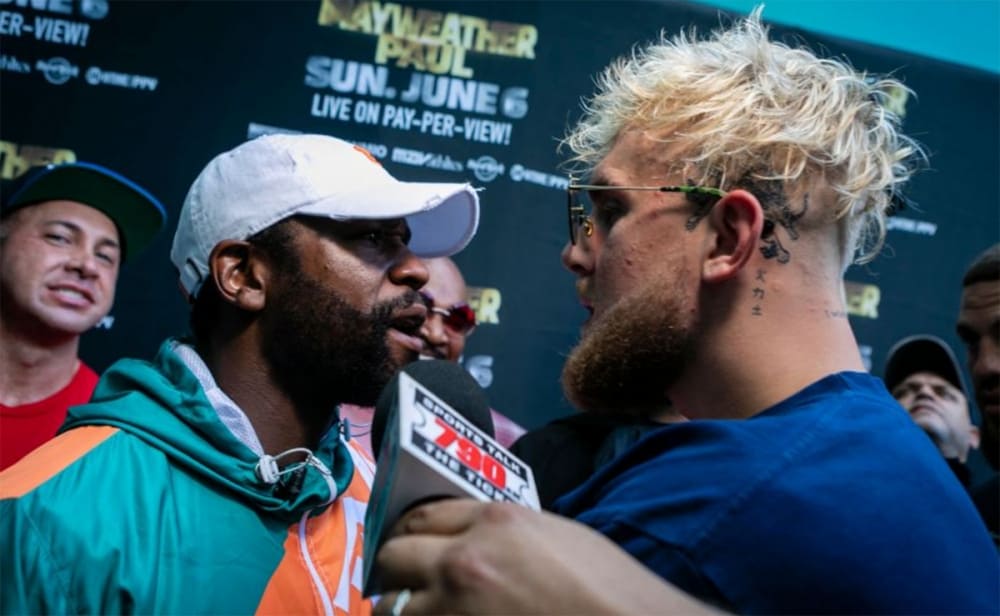 Popular boxing blogger Jake Paul, who is scheduled to share the ring with Anderson Silva on October 29, after the duel with the Brazilian wants to measure his strength with professional boxing legend Floyd Mayweather.

“Floyd, I will fight you and you know this is one of the biggest fights in boxing,” the YouTuber wrote on the social network. “I weigh 175 pounds (79.4 kg), you are 165 (75 kg) – we can do this and make a couple of hundred million dollars. What’s your excuse? You didn’t care how much my brother weighed, so why are you worried about my weight? Yes, because you know. You know what’s going to happen!”

Floyd Mayweather won another exhibition fight last weekend, knocking out Mikuru Asakura in the second round at the Rizin 38 tournament in Japan.

Jake Paul, 25, has won five in the ring, knocking out former UFC welterweight champion Tyron Woodley in his last fight.