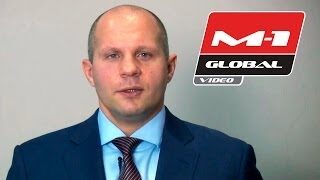 WMMAA’s honorary president Fedor Emelianenko announces the upcoming Asian MMA Championship that will be held in May in Astana, Kazakhstan. Listen to the Last Emperor himself.