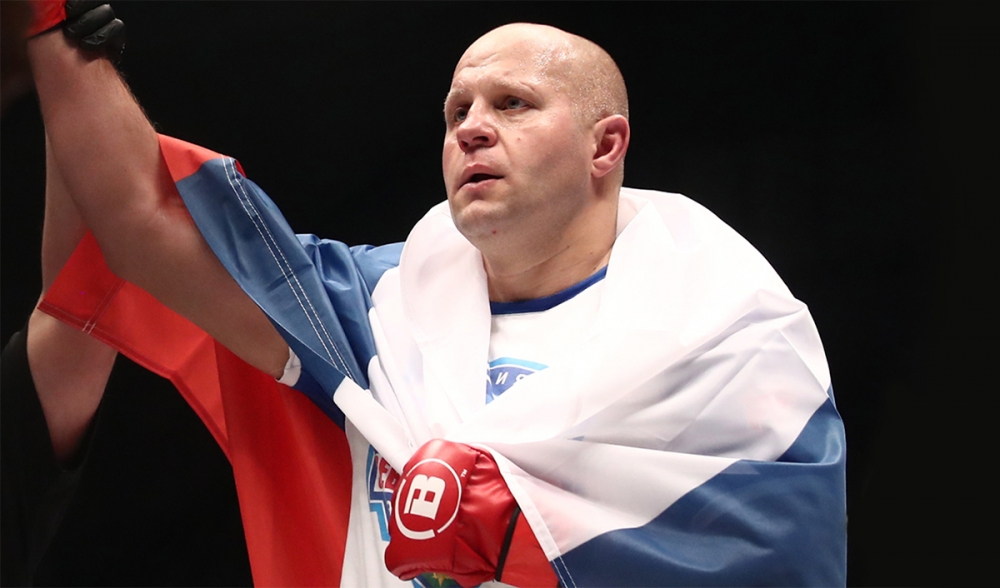 The legendary Russian heavyweight Fedor Emelianenko has not abandoned the idea of ​​ending his professional career this year, and is ready to please not Russian, but American fans with a farewell fight.

This was announced after the demonstration weigh-in for the Bellator 277 tournament by the president of the organization, Scott Cocker.

“Yes, we talked with Fedor on this topic,” the head of Bellator told reporters. “I told him that the world has changed and our goal is to get him to fight as quickly as possible under the circumstances. I already said that we booked Red Square for the ninth of July and it would have been a phenomenal end to his legendary MMA career, but in the end we had to abandon this plan, as a lot has changed and continues to change until now.

“We are monitoring what is happening, trying to understand what we can do, what Fedor can do, and how to organize it in the best way. I look at Fedor and I understand that he deserves the biggest platform, the biggest fight, the biggest event for the final fight of his career. We have a few months to come up with something, and I hope that we will be able to implement it. My goal is to organize this fight as soon as possible.”

“Most likely, Fedor will not hold a farewell fight in Russia, because there we can’t plan anything, given how everything changes. Every day I think about what neutral territory to choose for this duel. I do not want to spend it in a small place – I want to organize something big and grand, corresponding to its status. We planned an incredible show on Red Square and it would have been amazing, but now we can say with confidence that this will not happen.”

“I think Fedor just wants to fight. He’s in great shape and looks like he’s ready to get into the cage today. And he confirmed that this is indeed the case. We are now looking at New York and Madison Square Garden is one of the options for organizing the last fight of Fedor. We keep it in mind because he deserves something really big.”

Recall that at the moment Fedor Emelianenko is in the United States, where in less than a day he will enter the cage as a second to Vadim Nemkov, who will defend the championship belt against American Corey Anderson in the final match of the Bellator light heavyweight Grand Prix.