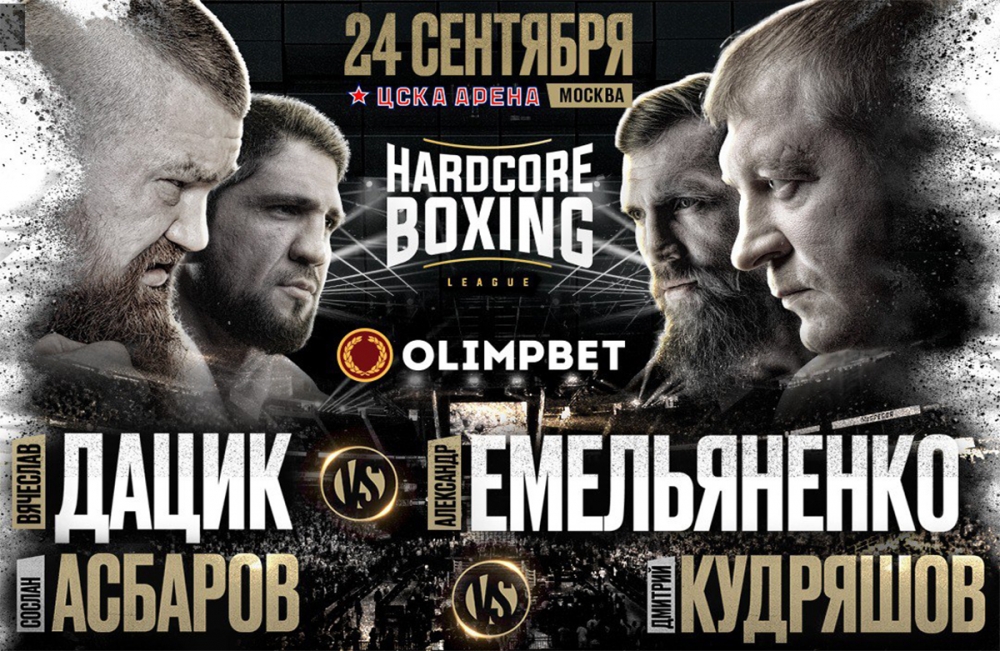 The live broadcast of the boxing evening, the main event of which will be the long-awaited confrontation between Alexander Emelianenko and Vyacheslav Datsik, will start on September 24 on the NTV channel at 22:40 Moscow time.

In the second most important event of the event, which will take place at the CSKA Arena in Moscow, former world professional boxing champion Dmitry Kudryashov will face Hardcore FC fist league champion Soslan Asbarov.