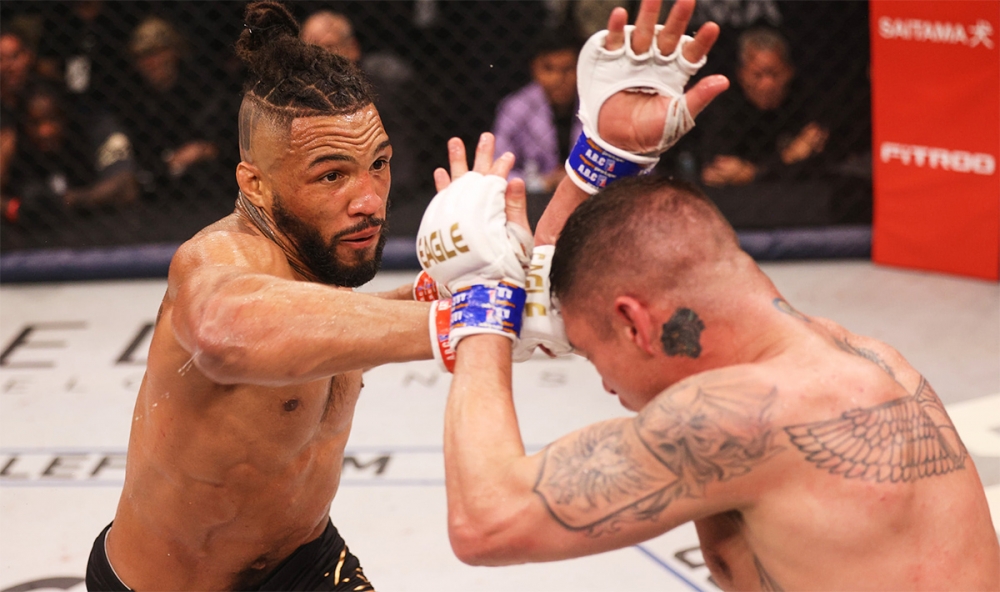 Former UFC interim lightweight title challenger Kevin Lee made a successful debut under the Eagle FC banner by defeating his compatriot Diego Sanchez at the Russian League tournament in Miami.

The Americans’ bout, which headlined the Eagle FC 46 tournament, went through all three rounds, following which the judges gave the victory to Lee by unanimous decision with a score of 30-27.

Despite the fact that Kevin Lee managed to win all the rounds, including due to the advantage in the fight, the fight turned out to be difficult for him, because already in the first minute of the match, Diego Sanchez firmly applied a calf-kick and injured his front leg, which had an impact for the entire fight.

A minute before the end of the third round, Sanchez missed a side kick from the left and was knocked down, however, Lee failed to finish the opponent before the final siren.

In an interview after the fight, Kevin Lee, who made his debut in the intermediate weight category up to 165 pounds (75 kg), said that he would like to fight for the Eagle FC championship belt in his next fight.

In the co-main event of the tournament, the reigning Eagle FC heavyweight champion, Russian Rizvan Kuniev, made his second successful defense of his title, already in the 77th second of the fight, finishing with a guillotine choke in the standing position of American Anthony Hamilton.

Among other results, we note the early victory of ex-UFC fighter Irvin Rivera, who finished by TKO in the second round of Firdavs Khasanov.

All results of the Eagle FC 46 tournament.