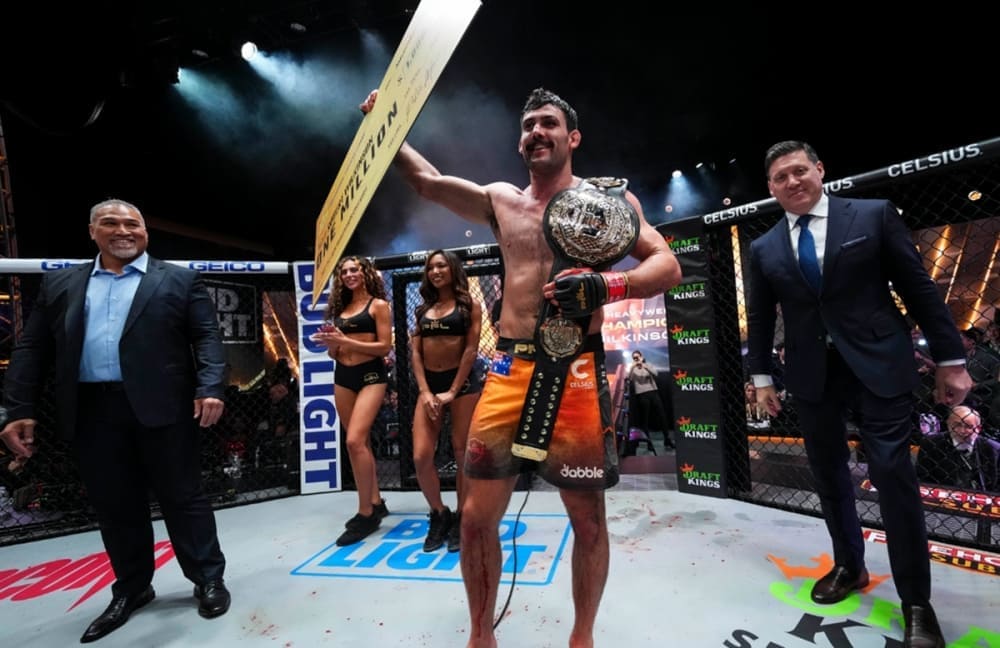 The PFL held the final tournament of the season, in which six league titles and six million dollars were up for grabs.

In the co-main event of the tournament, Briton Brendan Loughnane finished the season with a fourth-round technical knockout of American Bubbu Jenkins, winning the PFL featherweight championship belt and finishing the season with a perfect 4-0 record.

The fate of the PFL heavyweight title was determined by the duel between Matheus Scheffil and Ante Delia, in which the latter won by technical knockout at the end of the third minute of the match and became the first Croatian champion in the history of the organization.

Russian light heavyweight Omari Akhmedov ended the season unsuccessfully, having suffered an early defeat in the title confrontation with Australian Rob Wilkinson. Already in the starting five-minute period, Wilkinson gave Akhmedov serious problems in the standing position, and shortly before the end of the round he shook his opponent with a knee to the jaw, but the Russian was saved by a signal for a break.

In the second round, the Australian fighter began to increase his advantage and managed to inflict a serious cut on his opponent over his right eye, after examining which the doctor insisted that the referee stop the fight during the break.

A protégé of the legendary Georges St-Pierre, Canadian Olivier Aubin-Mercier won the PFL lightweight title by knocking out Scot Stevie Ray in the second round, and the PFL welterweight championship belt was won by Swedish fighter Sadiba Sai, who defeated American Dilano Taylor by unanimous decision. .

Among the other results of the event, we note the successful performance of the Russian Magomed Magomedkerimov, who defeated the Brazilian Gleison Tibau by unanimous decision, as well as another failure of the Brazilian Marlon Moraes, who in his debut fight under the league banner lost by technical knockout in the third round to his compatriot and namesake Sheymon Moraes.

Two months after her dismissal from the UFC, American Aspen Ladd made a successful debut in the league, defeating former Bellator champion Julia Budd by split decision.

The event was opened by a fight with the participation of the grandson of the legendary Muhammad Ali, Biaggio Ali Walsh, who knocked out Tom Grisser in an amateur fight already in the first round.

All results from the 2022 PFL Finals.